I started watching Saturday Night Live when I was 10 years old. I was the only kid in my class who was allowed to stay up that late, so I enjoyed a few months of feeling cool. Since then I’ve spent eighteen years of Saturdays watching Adam Sandler, Julia Sweeney, Chris Rock, Dana Carvey, Mike Myers, Will Ferrell, Jimmy Fallon, Tina Fey, Kristin Wiig, Fred Armisen and so many more. These people feel like friends to me. I still remember skits from the first year I watched SNL.

Through the years there have been hilarious moments of comedy, entire seasons of brilliance. But there were also years of half-assed sketches, terrible acting, and awkward endings. There were times when I was certain it wouldn’t be picked up for another year, but it kept going.

It’s the whole of SNL that makes it culturally significant. The mere fact that they have been showing up and trying to make us laugh for 38 years. It doesn’t really matter that some skits bombed. They were able to capture amazing moments of history just because they were still around. Because they existed for 38 years they were able to launch the careers of hundreds of comedians, and parody the careers of hundreds of politicians. The good moments have outweighed the weaker moments. 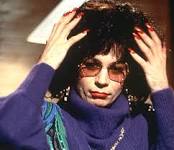 As I watched SNL this past Saturday, I thought about how similar it is to my blogging process. Sure there have been moments of half-assed posts, terrible writing, and awkward conclusions. But I have also had some brilliant insights (I’m brushing off my shoulders as I write this), and I’m proud of a lot of my posts. Just showing up and posting 2-3 times a week for over a year, I’ve been able to make something greater than its parts. The key is to keep producing. 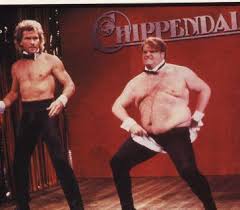 Don’t hold yourself up to impossible standards. Don’t put something off because you’re afraid it won’t be good enough. Just do it and don’t stop. When you start to doubt yourself, take an SNL break.