I met the vivacious Caitlin Kelley over a year ago, and she left a great impact on me. She’s kind of like Lucille Ball meets Princess Diana. While eating tacos in Union Square, she told me about the Africa Volunteer Corps, an organization she started with Jafari Msaki. AVC trains and mentors Tanzanian volunteers, utilizing natural talent and knowledge rather than importing foreign volunteers who (even with good intentions) might not being making the best impact. I was so excited to hear that AVC existed because it addressed all the personal qualms that I had when I was a volunteer in Mozambique. She is currently preparing for her event, Visualize Change, which you can attend (Tuesday, Oct. 9 5:30-9:30), so I’m very grateful she was able to take some time to share her story with my amazing readers:

Caitlin on the left in Tanzania

You volunteered in Tanzania after college. What attracted you to international volunteer work, and why Tanzania?

I knew I wanted to work in development in Africa and I wanted to get my feet wet. From having majored in African history in college, I had a lot of problems with how many development projects are run because they often hurt more than they help by dis-empowering the very people they are aiming to help. I wanted to spend some time on the ground listening and exploring in order to see where I might fit, where I might be able to use my knowledge and passion to make the world a better place. I wanted to find where I could help without perpetuating the relationships of dependence that I had seen repeating themselves over and over again for 200-300 years.

I chose Tanzania because I wanted to learn Swahili. Swahili is very widely spoken in East and Central Africa, and I wanted to communicate with people on their own terms, so it had always been a professional goal to speak Swahili.

You had an amazing time while you were there, but I know that it was also troubling. Can you explain the negative side of volunteer work that you witnessed?

One of the negatives was seeing the chaos other foreign volunteers had created, mostly by not understanding the culture and staying for too short a time to make any real impact. It was also really frustrating to see foreigners coming in to do work for free that locals were qualified to do, which creates a disincentive to hire locals, which in turn harms the local economy, thus harming the very people the volunteers are there to help.

After this experience you came up with the idea for Africa Volunteer Corps, an NGO that unites passionate Tanzanian volunteers with local NGOs (non-governmental organization). How did your friends and family react when you first shared your mission?

I came home from my first trip to Tanzania right before Thanksgiving, so I made the announcement at the dinner table. Totally excited, I announced to everyone, “I am going to start an NGO in Africa!” Crickets. My family was really proud of me for having a bold vision, but they didn’t understand the vision so they were worried it wouldn’t work.

I realized very quickly that it didn’t matter whether my friends and family saw the vision. It only mattered that I did. One of my favorite quotes is from Henry Ford: “Whether you think you can or you think you can’t, you’re right.” My vision was crystal clear and I believed very strongly in my ability to figure out how to make it a reality, so I just pushed forward, step by step, until I made it happen.

Did you meet resistance?

I can say I have faced a lot of challenges, but I wouldn’t say I’ve faced resistance. Most people tend to be very supportive, especially in Tanzania.

The main resistance that I face is inside myself, fear of making mistakes and the inevitable resistance of constantly pushing outside my comfort zone. I am constantly learning and growing and stepping into the unknown, which can be scary and intimidating and uncomfortable. I get resistance from my ego, which is afraid to be vulnerable or admit that I can’t do everything.

What helped you move forward?

I try every day to be the best version of myself. I embrace growth and am grateful for opportunities to learn and improve. I meditate every day and am a very spiritual person, which for me helps me keep things in perspective, learn from my mistakes, and accept the unknown and things I can’t control. I think positively and find the lesson and the gratitude in every experience. Every problem is just a challenge, and every challenge is an opportunity to learn and get better.

What has been the most rewarding part of running AVC?

Seeing the difference we are making in people’s lives. When one of our volunteers tells us that she always wanted to help orphans and street children, but she didn’t know how to go about it, and now she feels confident that she has the skills to start her own children’s center. When one of our volunteers tells me that she didn’t understand the realities of AIDS before working with HIV positive people, and now even though she sees things every day that make her want to cry, she loves her work because she I absolutely lives for those moments.

If someone has a dream for making the world better, what advice would you give them?

Take care of yourself. Nourish yourself. Don’t think that making the world better has to mean you run yourself ragged. If you don’t take care of your body and do things that you love and take time off, you will burn out.

Listen to your instincts. People may not get your vision, and that’s ok. Listen and welcome new ideas, especially from the population you are trying to help, but trust yourself.

Fall in love with fear. Pushing outside your comfort zone is scary, so feeling fear is a sign that you are doing something right, taking risks and growing. If you feel like you are about to jump out of an airplane, you know you’re in the exact right spot.

Great words to end on! Hold tight for Part 2! If you’re interested so far, make sure to bet tickets for Visualize the Change this Tuesday.

It won't be this creepy

It’s been a busy week. First I visited the sleep clinic. No help there. After an hour long interview about my sleeping habits he said he would need to watch me sleep – creepy, right? I’m also keeping a sleep log which is actually making me more anxious at bedtime. I keep looking at my watch when I get sleepy so that I’ll be able to put the accurate hours down which only keeps me up longer.

Next, I had my first Alexander technique class. I have a wonderful teacher named Morgan, and since she’s in her final semester of certification, the classes are almost free. If you’ve never heard about good old Alexander here’s a brief description. It’s very popular among actors, musicians, dancers, and general performers because it’s about optimizing movement, being aware of your body, developing poise, and releasing unnecessary tension. I have long suffered from Quasimodo posture – or should I say it’s really my boyfriend who suffers from my Quasimodo posture – so the 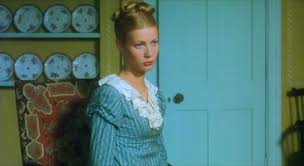 main reason for taking this course is to improve my posture. My role model for elegant posture would have to be Kate Bekinsale.

When I first saw her in Emma, I couldn’t focus on the movie because I kept thinking, how is this woman’s neck ten inches long? I would have to say she played the role better than Gwyenth Paltrow purely for her posture.

But now for the good stuff! I met with Caitlin Kelley, founder of Africa Volunteer Corps, and avid reader of the HeSo project (hey girl!) yesterday and had a great time. She started this non-profit to help skilled locals find jobs in community development and social progress. While in Tanzania, she discovered that there was a large pool of motivated, highly qualified locals who had no job opportunities. At the same time, international volunteers were taking up job positions that the locals needed.

I saw this first hand when I lived in Mozambique. People working for International non-profits were being paid $40,000-$50,000 to do practically nothing. Sometimes they would just visit a school, take a picture, and call it a day. Their salaries gave them millionaire lifestyles in Mozambique. They had guards, cooks, and housekeepers. They ate at fancy restaurants every night. They spent their days on the beach. They drove alone in 8 seat SUVs when most locals would squeeze ten people into the back of a truck, that’s if they were lucky enough to get a ride. They presented a completely unattainable lifestyle for most Mozambicans which can’t help but cause envy- heck I was jealous. I believe that their presence did more harm than good. There’s nothing they did that a local couldn’t have done and for far less money.

This is an issue that I have struggled with. When I went to Kenya last year my plane ticket alone cost $1,500. I thought, if I just donate that money to a non-profit in Kenya the money would go so much further. However, nothing impacts you more than actually meeting the people who you are helping, and realizing that they are the ones helping you. If I wrote a check I would be done with it, but now those people are always in my heart and I can’t forget them. But at the same time, I was doing construction work, which is not my forte, and there’s hundreds of construction workers there who need jobs.

So to make a long discussion with myself short, nothing changes you as positively as seeing other cultures, and giving back, but I also think there’s a need for an organization like Africa Volunteer Corps that doesn’t look at developing countries like they need to be rescued. They have all the talent, resources, and possibilities they need. That is why I will be working with Caitlin – writing blog entries for the website, updating the spreadsheets, and filling in the cracks. I’m very excited for my new role, and it’s definitely a HeSo fulfilling project. YAH!

And my last bit of good news is that my favorite Blogger, Ree Drummond, is going to have a new show on the Food Network. If you’ve never visited The Pioneer Woman  she posts great recipes, photography tips, and home decorating ideas. I love her sense of humor and style, and I’ve been following her for 2 years now, so it feels like one of my good friends just got a t.v. show deal. I’m also really inspired that she was able to make a huge career out of doing what she loves. She gets a HeSo award!