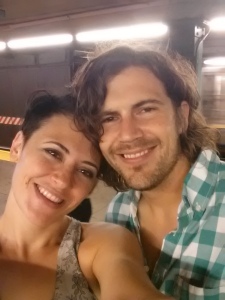 I cannot believe I met my husband when he was a mere 24 years old. Over the past seven years, I’ve been privy to some of the amazing traits that make him so special. On this day we celebrate his birth, I would like to share one thing I love about him for each year of his life.