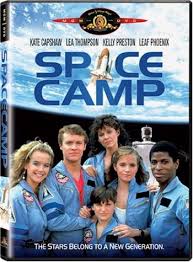 I love stories about people who ignore made up time lines for how your life is suppose to move along, such as the middle-aged law school student. Now I have a story about a guy who became an astronaut much later in life. Here’s where my inner-nerd comes out. Yes, I went to Space Camp (the greatest place ever), and yes, in my middle school year book when it asked where I would be in 20 years I wrote “Space.”

I think astronauts are the coolest people on the planet (and in space). You might ask why I didn’t pursue this career. I simply did not like math and physics enough to make that my expertise. I sincerely hope that one day commercial space travel will be available to the masses and I will get to  go into space without having to memorize a ton of formulas. On Friday I went to a free Tedx conference at Columbia. I decided I should start going to as many conferences as possible since I’m interested in starting my own. The last speaker was Michael Massimino, an astronaut who flew in 2 space shuttle missions to the Hubble Space Telescope. He shared with us his incredible story of persistence and reward.

Starting when he was 6, when he watched Neil Armstrong land on the moon, he was mesmerized by space. When he went to college he really had no idea what he wanted to study. It was only after he watched the movie The Right Stuff about a hundred times that he realized how much he wanted to be an astronaut. He changed his major which ended up pushing back his graduation date by a few years.

After he graduated he wasn’t sure if he really had what it takes to be an astronaut, so he settled for an engineering job at IMB. Two years later (maybe he watched The Right Stuff again) he realized that he couldn’t give up on his dream, so he entered the prestigious masters program at MIT.

After he graduated from MIT he applied to NASA’s space program 3 times and got rejected even after interning there. He gave up and began teaching at Georgia Tech. Eventually applied to NASA for a final time and got accepted. 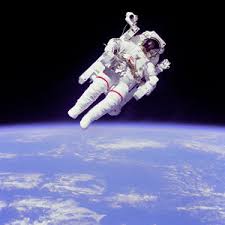 Micheal began telling us about how beautiful the view of Earth is in Space. How it was prettier than what he imagined heaven to look like. He even got teary eyed talking about it. That’s when he realized that none of his struggles, none of his doubts, none of the rejection was worth giving up on his dreams. The fact that it took him a few extra years to graduate seemed so silly to him at that moment. It doesn’t matter how long it takes. It doesn’t matter if others don’t think you have what it takes. In the end it only matters that you get to do what makes you happy.